A visit to downtown Collinsville, a U.S. Highway 11 town, should be enjoyable for just about anyone who appreciates small historic downtowns and 100- to 140-year-old homes. I would recommend it as a side trip for anyone who is traveling to northeast Alabama, especially if you’re visiting nearby Fort Payne, Gadsden or the Weiss Lake area.

The town is well known regionally for the Collinsville Trade Day. The town’s population doubles on Saturday mornings — and even triples occasionally — as a result of the huge flea market which is located a half mile south of the historic district.

Collinsville sits in the Little Wills Valley between the plateau known as Lookout Mountain and the little ridge known as Big Ridge. Two forks of a prominent creek adds nicely to it’s village-like setting that probably hasn’t changed a great deal visually in the past 90 to 100 years. Of course, that’s fantastic news for historic places enthusiasts.

There are some well-placed historic markers. If you approach downtown from I-59, you will find that little old bridges, rustic sheds and a few rusty tin roofs add to the town’s vintage appeal.

The Collinsville Historic District was added to the National Register of Historic Places in 2006. Most contributing structures are residential as 19 commercial buildings in the Main Street portion of the district and 67 houses scattered over several blocks contributed to it’s national historic designation.

I believe at least two of the structures listed on the application no longer exist. Nevertheless, that’s a big number of historic structures for a north Alabama rural-region town of only about 2,000 residents.

The downtown business area would likely look a lot different if it weren’t for major fires in 1884 and 1900. All but a few of the existing commercial buildings were built after the second fire.

The downtown sits between the forks of Little Wills Creek, and flooding has been a significant part of Collinsville’s history. The earthern levee completed in 1937 to combat the flooding is actually considered a contributing structure of the historic district.

The c. 1946 Cricket Theatre is perhaps the commercial area’s most eye-catching building. It had sat dormant for decades before the Collinsville Historical Association purchased and began to restore it in 2010.

In regard to the large number of residential historic structures, most of the older ones are typical of the period between the 1890s to 1910s. 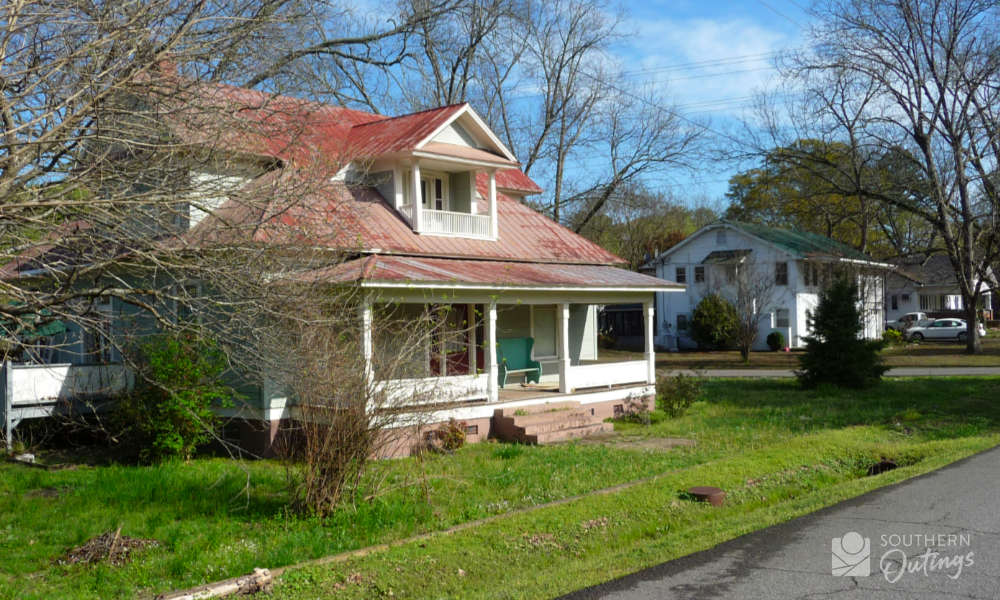 A few of those are quite striking in appearance. There are also several 1920s-era houses.

The c. 1875 Hall/Brindley/Sells House at 243 E. Main Street and the home that was originally the c. 1910 Marsh Hotel at 244 E. Main Street are the first houses across the railroad track from the commercial area.

About a dozen of the other historic houses lie to the east of those two on Main Street. Most are rather ordinary 1920s-1940s range one-stories, but the c. 1890 Henry Collins House — which overlooks town from the base of the mountain — makes it worth driving to the top. 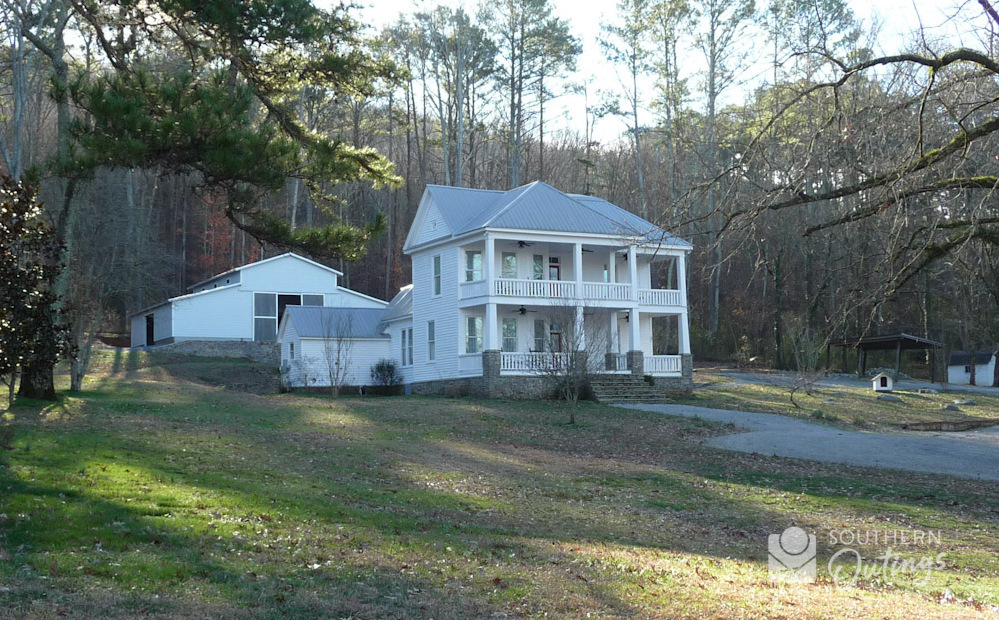 Back down to the center of town, the busy Valley Avenue and the side streets that connect to it from the slopes of Big Ridge are home to several other visually appealing 110-years-old or older houses. Many of them have had updates such as modern siding and roofing materials, but almost all of the larger ones appear to retain most of their original appearance in 2020.

Perhaps the most eye-catching house in Collinsville, the c. 1896 B.A. Nowlin house, features some elaborate Queen Anne styling details. It sits on the slope of the ridge near the southern edge of the historic district. 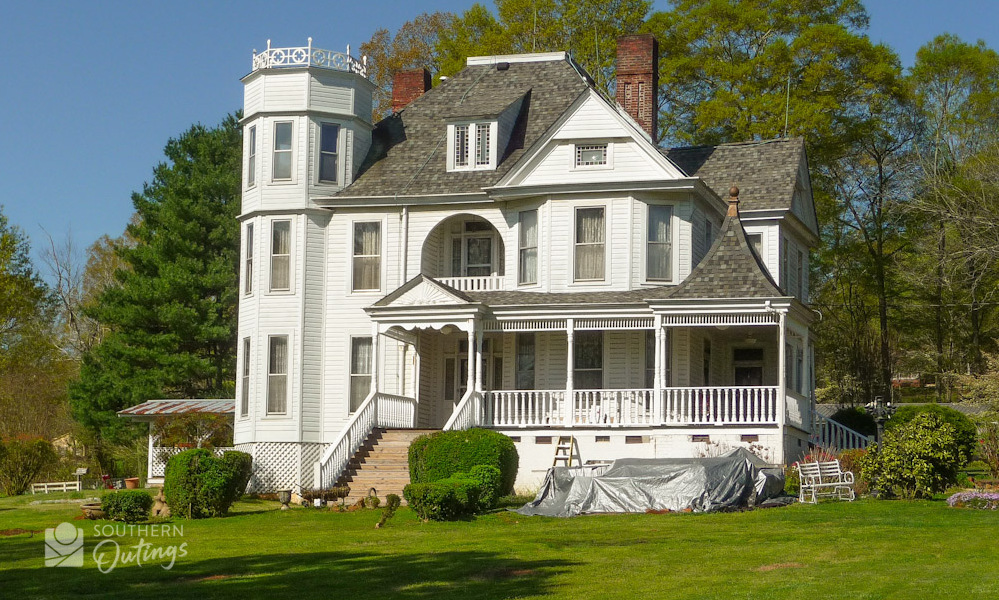 Two churches are part of the nationally-registered district including the c. 1908 Presbyterian Church and the c. 1928 First United Methodist Church. Both are right on Valley Avenue. The c. 1928 Baptist Church was not included in the 2006 National Register application, but a state historic marker tells the story of the mound it sits upon.

It’s easy to combine a Collinsville and Fort Payne historic district trip. It’s 14 miles from the Collinsville Historic District to the center of downtown Fort Payne.

Other historic districts are within about a half hour’s drive of Collinsville in neighboring Etowah County in the Gadsden/Attalla area. See my articles:

A visit to the Attalla Downtown Historic District.

My research sources for this article include some historical markers and the following:
The Collinsville Historic District application to the National Register of Historic Places found at www.nps.gov/subjects/nationalregister