To me, all the best old downtowns in north Alabama are pretty similar from a historic places perspective. Most of them feature handsome, two-story 1870- to 1910-era homes, churches and commercial buildings. Most have interesting old train depots and some other landmarks that can compel you to imagine life in pioneer days.

At the same time, each one has a few features that give them their unique, individual sense of place.

In that regard, Cullman may be north Alabama’s most unique small city.

When I think about Athens, I think about how a lovely, old college is within walking distance of its historic downtown. When I think of Guntersville and Scottsboro, the state’s biggest lake comes to mind. For Fort Payne, it’s Lookout Mountain and the nostalgic vibe of Gault Avenue.

But when I think of Cullman, it’s monks, miniature replicas of religious landmarks from around the world, a spectacular Catholic church and “Die Deutsche Kolonie Von Nord Alabama” that come to mind.

The Ave Maria Grotto (miniature replicas of religious landmarks from around the world) is well known in the region. I believe it’s the city’s number one tourist attraction when it comes to drawing visitors from other states and countries. But there’s a lot more to see in Cullman, particularly if you are a historic-places enthusiast. 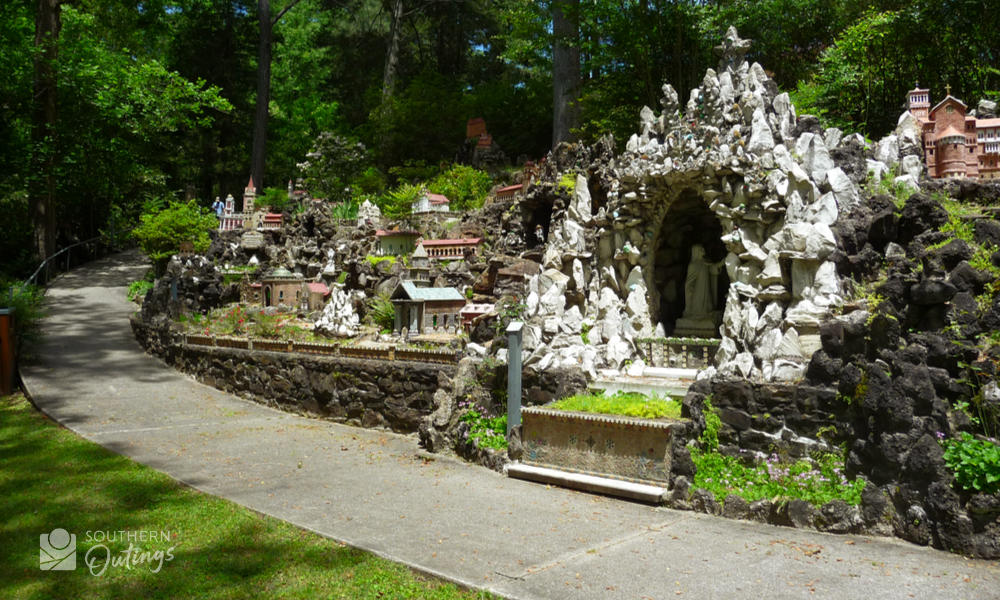 See my post, Gallery: Ave Maria Grotto, for details and over 40 photos.

Another factor that makes Cullman very unique among small north Alabama cities is how five small bridges carry downtown traffic over the sunken railroad track that passes through the heart of downtown.

The track was lowered 30 feet below street level in the early 1910s. As a result, passing trains don’t impact the movement of traffic on those five streets.

I recently visited downtown Cullman for the first time since the April 27, 2011 tornado super outbreak. I knew that hundreds of homes, dozens of commercial buildings and several churches were damaged by an EF-4 twister that day, and many of the places that were completely destroyed were historic structures.

So, that was on my mind as I entered the downtown from the east on 3rd Street which is also U.S. Hwy. 278. The route takes you right to ground zero.

In the nine years since the tornado, the city has recovered amazingly. It’s still just as beautiful as ever, but it looks very different with so many of the big trees missing and a few barren lots where homes or shops once stood.

Here’s a before and after example of how the storm affected a formerly tree-filled part of the residential historic area:

The house is part of the mostly residential historic district. See Cullman Historic District below for several more photos.

The mostly-commercial Cullman Downtown Commercial Historic District, as it was listed with the National Register in 1985, contains two complete blocks and parts of six other blocks on the east side of the railroad track.

The tornado swept across the east part of the district and there are many new buildings that replaced some that were lost in the storm. They fit in nicely alongside their remaining 100 year old neighbors.

The district includes 1st Avenue S.E. which appears to be a very popular part of town when it comes to enjoying locally-owned restaurants, boutiques, gift shops and more.

One 1st Ave. S.E. block includes the c. 1890s Stiefelmeyer’s Building. The only remaining wood frame historic commercial building remaining in Cullman, it was individually listed with the National Register of Historic Places in 1983. 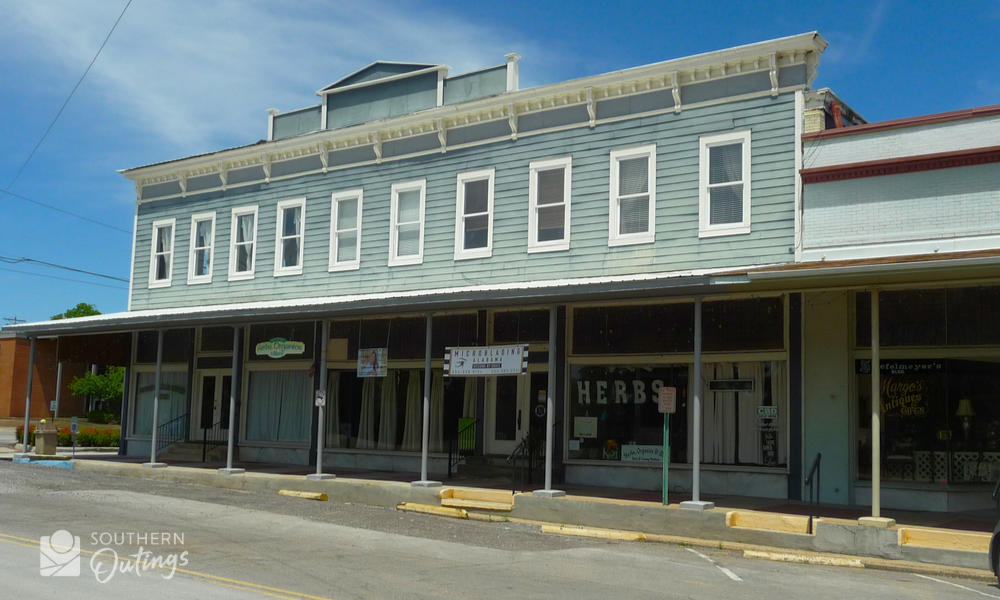 Some other visual highlights of the Downtown Commercial Historic District

NOTE: As far as buildings are concerned, the c. 1911 Fuller Brothers Ford Dealership Building was perhaps this district’s biggest loss on the day of the 2011 tornado. At the time of storm, a furniture/home furnishings store known as Little Bit of Everything was at the location. The owners built a new building that is similar in size to the old one. But now it’s home to a popular local restaurant, All Steak. See allsteakrestaurant.com.

Pictured: The c. 1911 Ford dealership building following the storm (Source: https://www.weather.gov/hun/4272011_cullman_county); and how the site appeared in May 2020.

The other side of the tracks

As I mentioned above, it’s like a second downtown on the other side of the tracks. Here’s a few photos from 2nd Street S.W.:

Just outside of the registered district, the Sacred Heart of Jesus Catholic Church (the sanctuary is c. 1916) is a monumental structure that you need to see if you are visiting downtown Cullman to see historic buildings or places of worship, or to study architecture. It’s one of the most amazing churches found in north Alabama.

Fortunately, the 2011 tornado only damaged some of its windows.

On the north end of 1st Street S.E., the Cullman Warehouse District (not part of any of the nationally- or state-registered districts), features a mixture of old and new red brick buildings that are home to shops selling clothing, baked goods, gifts, coffee and gourmet food. There’s also a spa or two, and a nice farmer’s market is next door.

Learn more at this retail shopping destination at cullmanhistoricwarehousedistrict.com.

A few other notable sites are within walking distance of the warehouse district. The train station, which was registered with the National Register in 1976 as the Louisville and Nashville Railroad Depot, is next door to the farmers market. The Cullman County Museum — a replica of the home of the city’s founder — is a block away.

Shown: The Cullman County Museum, The Cullmann statue outside the museum and the c. 1913 train depot is currently home to The United Way.

Die Deutsche Kolonie Von Nord Alabama (the German Colony of North Alabama) was started by Johann G. Cullmann in 1873. He was a German immigrant who convinced a few German families from Cincinnati to help him start a new settlement in the dense forests of north Alabama.

The land had been acquired from the Louisville & Nashville Railroad which was aware of the benefits of establishing new towns along their Decatur to Montgomery line.
By early 1874, there were over 100 German families in the colony. Many non-German folks also came to settle there, and it was incorporated as Cullman soon thereafter.
Adjacent to the downtown commercial area, the Cullman Historic District (registered with the National Register of Historic Places in 1984) includes some of what remains of that original settlement. It’s mostly residential. Several spectacular houses were built there between 1880 and 1930.
As I mentioned above, the 2011 tornado forever changed parts of old Cullman. The west and north edge of this district is where the missing trees and the barren lots are most obvious. Regardless, some of the best historic streetscapes are found here.
Gallery: Cullman Historic District highlights

NOTE: Part of this district and one of Cullman’s oldest remaining homes, the c. 1877 Parker-Hutchens House, was destroyed by the 2011 tornado. It had stood for 134 years at the corner of 3rd Street S.E. and 6th Avenue S.E. The lot is currently empty. 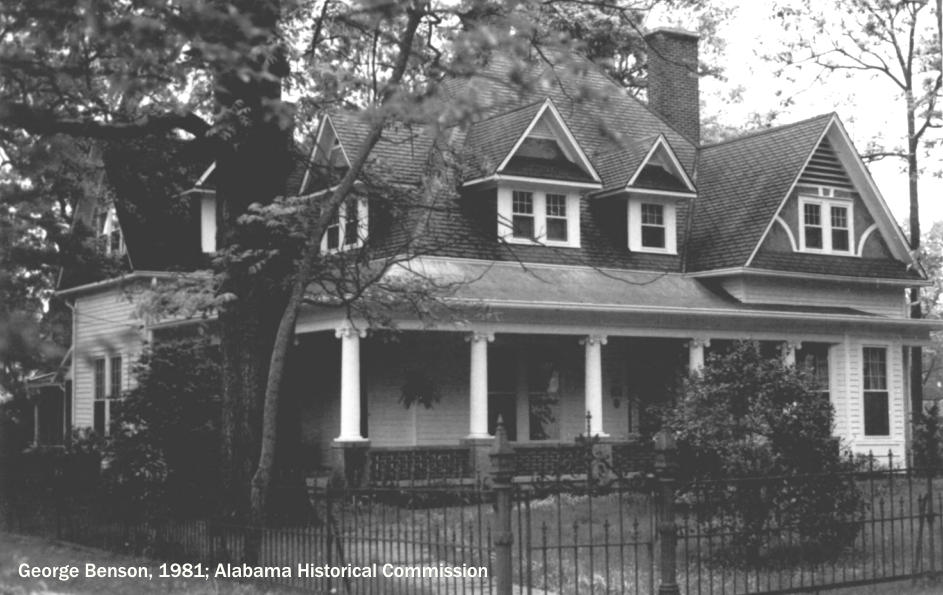 Parker-Hutchens House (c. 1877)
Two nearby churches were also destroyed but have been rebuilt.
Adjacent to both nationally-registered historic districts, the Betz Addition Historic District (also known as Quality Hill) is a state-registered historic place. Named after Cullman’s first mayor, it also contains a large number of houses that were built between about 1875 and 1930. The c. 1913 Greene House (registered individually with the National Register in 1993) is one of them.
Gallery: Betz Addition Historic District highlights

As is almost always the case in a city with a great historic downtown, there are other structures of interest scattered about. Here are a few that I found on my recent visit that I didn’t include in any of the above galleries:

While in Cullman, I also visited the Clarkson Covered Bridge which was accepted by the National Register of Historic Places in 1974. Originally constructed in 1904, it was badly damaged by an epic storm in 1921, and then rebuilt.
Operated as a county park, the site also includes a log cabin and a working grist mill. It’s about 10 miles west of downtown Cullman.

Here’s a Google map that will take you from downtown to the bridge: Directions/map.

Cullman is a unique road trip, weekend getaway or staycation destination for persons traveling from the Atlanta, Birmingham, Chattanooga and Huntsville areas.

Historic downtown Hanceville is just a few miles to the south

If the Ave Maria Grotto, the multiple historic sites in downtown Cullman and the covered bridge do not fully satisfy your need for seeing old places, there’s more to see in nearby Hanceville. 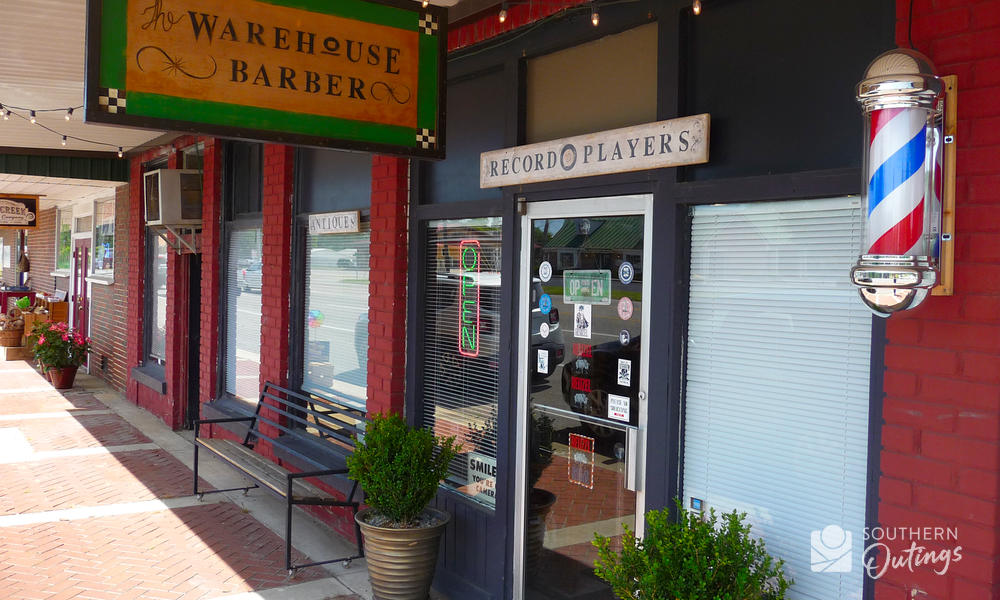 Sources and inspiration for this article include the following:

- Related applications to the National Register of Historic Places