Nestled between the shores of Lake Guntersville and the southern edge of the Cumberland Plateau, the area surrounding the small city of Scottsboro is known as a great place to connect with nature.

If you are in the area for fishing, watersports, a lakefront vacation, caving or shopping for items that have been rescued from unclaimed airline luggage — and you also enjoy visiting historic places — you’ll want to check out downtown Scottsboro.

I consider a visit to Scottsboro to be a Huntsville-area Southern outing. It’s only 40 miles from Huntsville.

It’s the county seat of Jackson County in the northeast corner of Alabama.

You’d never know it from the busy four-lane U.S.Hwy. 72, but this city has some enticing historic sites including a courthouse square that was accepted into the National Register of Historic Places in 1982 as Scottsboro Public Square Historic District.

Today, the red brick courthouse sitting in the middle of the square is the main visual highlight of the district thanks to its stately appearance and the old clock tower resting atop the large two-story building.

In 1954, the c. 1912 courthouse was expanded with large east and west wings designed to harmonize with the original. The south wing was added in 1967.

The courthouse’s main entrance faces East Laurel Street where there is an interesting mixture of building sizes, colors and architectural ornamentation.  A few appear to have their original entryway doors and windows.

On the west side of the square, each of the three corners at the intersection of East Laurel and Broad Street feature two-story buildings from the 1890 to 1919 range.

On the east side of the square, South Market Street features mostly large two-story buildings including the c. 1881 Clayton Building and the c. 1923 Proctor Building sitting side-by-side on the north corner.

Most of the other buildings on South Market are from the 1920 to 1940 range, but a couple of shade trees along with a variety of colors, shapes and garnishments equate to some nice visual appeal.

Peachtree Street stretches across the fourth side of the square, facing the courthouse’s rear entrance. All seven buildings are a darker red brick with the c. 1916 Masonic Building sitting in the center.

Handsome c. 1930s two-story buildings sit at each end of Peachtree. The one on the west at the corner of Broadway is Scottsboro’s former city hall.

Some of the present day highlights of the public square include Payne’s, a ’50s-style drugstore/soda fountain/sandwich shop; and the Variety Bake Shop.

Other historic places in downtown Scottsboro

Brown–Proctor House and Sagetown pioneer village
The Brown-Proctor House was listed on the National Register of Historical Places in 1982 and is only three blocks west of the Scottsboro Public Square Historic District and half a mile from the Unclaimed Baggage Center.

The c. 1881 house was remodeled in 1907-11, and is presently home to the Scottsboro-Jackson Heritage Center, a museum intended to preserve Jackson County’s fascinating history.

In the house’s backyard you’ll find Sagetown which consists of four old log structures dating back as far as 1820. The tiny c. 1868 Jackson County Courthouse is also back there.

NOTE: Before being incorporated in 1870, the town had been known as Scott’s Mill, Scottsville and Sagetown.

College Hill Historic District
This residential historic district is two blocks south of the courthouse. Scottsboro's oldest planned subdivision, it may be the flattest place with “hill” in the name that you will find in northeast Alabama or anywhere.

The school and the Saint Luke’s Episcopal Church are good places to park for a short sidewalk tour of the district along College Street. I like to enjoy the nicely-shaded sidewalks from Saint Luke’s to at least as far as the Cumberland Presbyterian Church on Kyle Street, and back. 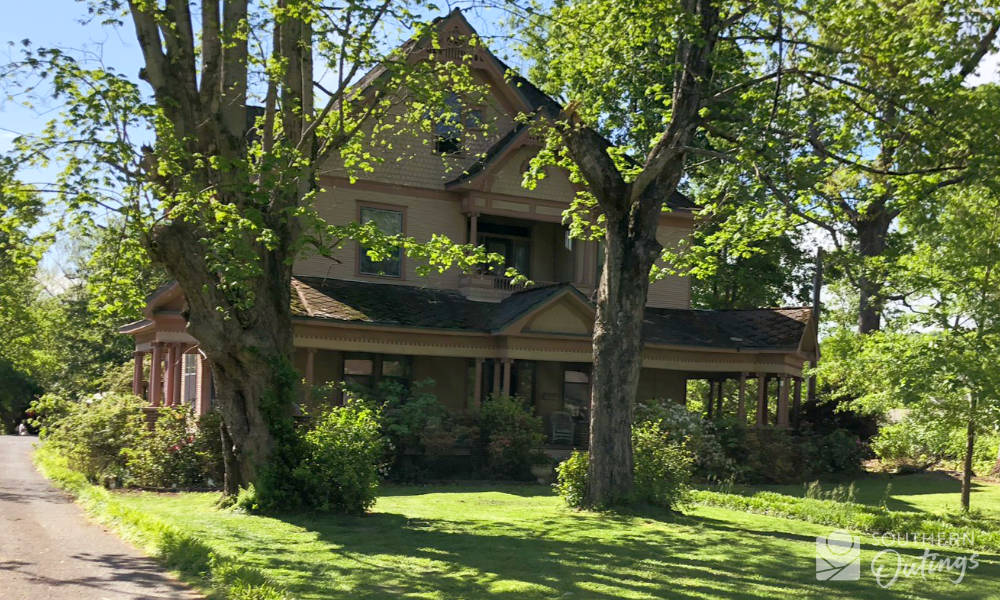 Historic train depot
Another registered historic place is the Scottsboro Railroad Depot Museum. On the north side of the tracks at the corner of East Maple Avenue and North Houston Street, the depot is easy to get to from Unclaimed Baggage, the heritage center and the public square. 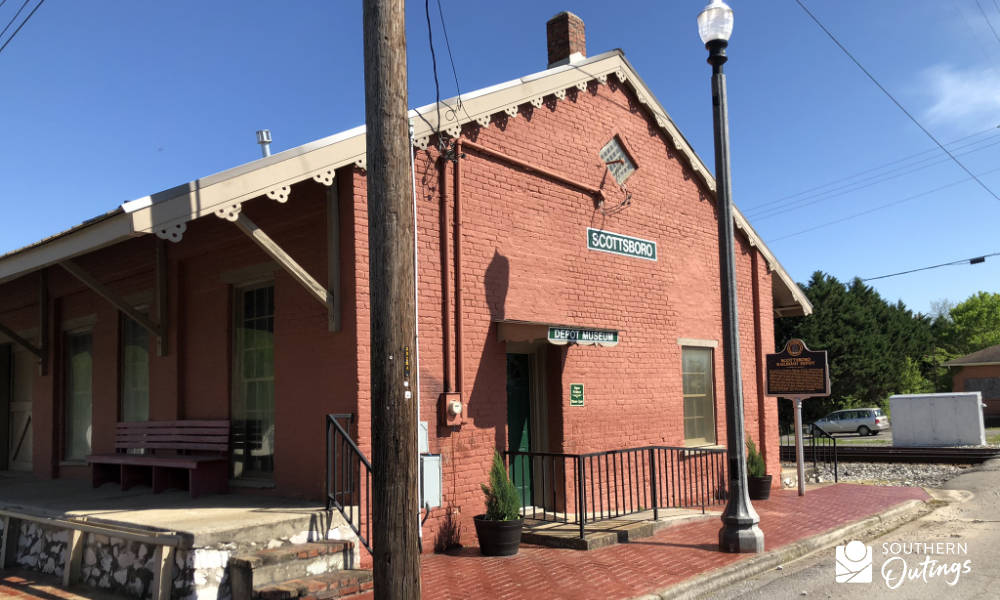 It was registered nationally in 1998 as the Scottsboro Memphis and Charleston Railroad Depot.

My research sources for this article include some historical markers and the Scottsboro-related applications to the National Register of Historic Places found at www.nps.gov/subjects/nationalregister.