If you were like I was for most of my life, when you heard “Chickamauga” you thought about the battle, national military park, creek, lake or dam. But after you have spent a few minutes checking out the contents of this page, perhaps you will start thinking about the beautiful historic downtown that bears that name.

You can see many historic places. Civil War history is abundant, and there’s a grand old house that fits into the category that starts with “ante-” and ends with “-bellum.”

Whether you enjoy historic houses, war relics or trivia, railroad-based nostalgia, beautiful greenspaces or streetscapes, or shopping and eating ice cream in vintage surroundings, you can’t go wrong with a visit to downtown Chickamauga.

Before it got its present name, the Chickamauga settlement had been known as Crawfish Springs due to the productive spring that poured into a branch forming a lake. The water source helped convince James M. Gordon and his two brothers to locate in the area in the 1840s to start businesses and grow crops.

Gordon’s properties grew to be a 2,500-acre estate that was later owned by his oldest daughter, Elizabeth, and her husband, James M. Lee. The Lees raised a large family there and named one of their sons Gordon.

FUN FACT: During the Battle of Chickamauga, the Union army confiscated much of Elizabeth and James Lee’s personal belongings. They took 6,000 bushels of corn, 4,200 bushels of wheat, 2,000 bushels of oats, five mules, four horses, 72 hogs, 17 cows and 55 sheep. Mr. Lee later petitioned the United States government for reparations to restore his property, but lost the case because he failed to adequately prove his loyalty to the Union.

Upon James. M. Lee’s death in 1889, Gordon Lee ended up in charge of the estate his grandfather built, and he became one of the leading citizens in regard to the growth of the city from the 1890s to the 1920s. He secured the construction of the railroad through the town. He helped organize the Crawfish Springs Land Company for the purpose of converting the family estate into a resort town that included a park at the spring. He served a few years as a state representative before serving as a U.S. Representative from 1905 to 1927.

The 170-year old Gordon-Lee House and a few of the other original buildings remain on the premises to this day. Found on Cove Road, the house gained its current appearance during a remodeling project in 1900. It sits on a gentle slope facing the spring which is a few hundred feet away.

Flanked to the west and south by the city’s three modern schools, which include one that’s named Gordon Lee High School by the way, the grand old house is currently used as an event venue.

Follow these links to learn more about the Gordon-Lee House: 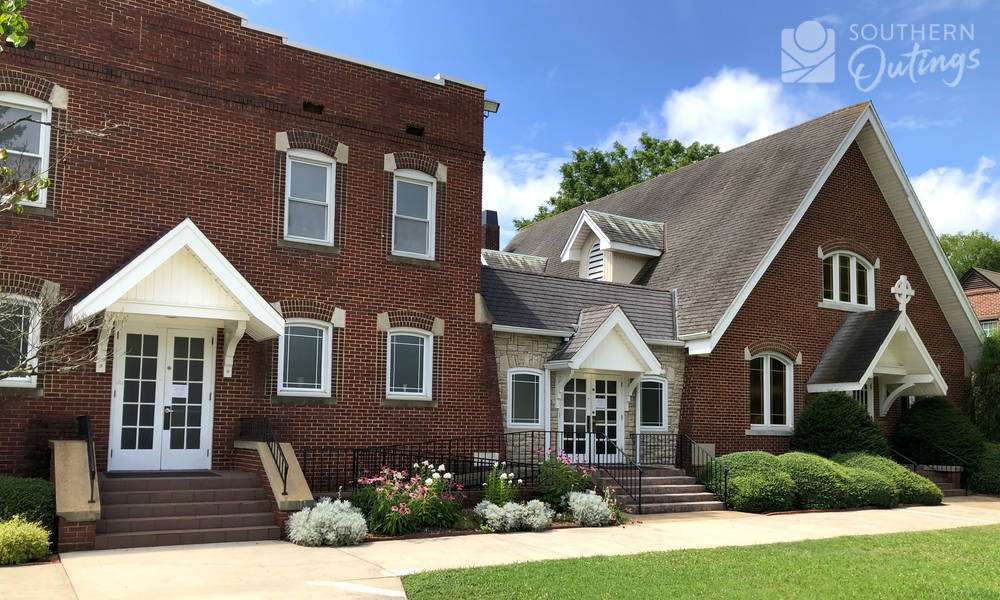 In 1893, the Crystal Springs Bleachery Company established a mill and a mill village adjacent to downtown Chickamauga. In the early 20th century, the company expanded their manufacturing facilities and built a community center that featured worker housing next to Crawfish Springs Park. The housing is currently used as condominiums.

The Chickamauga historic commercial area is found just a few hundred feet north of the Gordon-Lee House, the Methodist Church and the spring. The attractive old business strip stretches only a little more than a block along Gordon Street. Visual highlights include the c. 1892 train depot, a c. 1895 2-story building with a 2-story porch, and the c. 1926 3-story Masonic lodge.

The old downtown commercial area is often bustling with activity during business hours as people enjoy the variety of gift shops, fashion boutiques, salons, restaurants and more. The train depot is now home to the Walker County Regional Heritage-Train Museum.

Most of the pictured commercial buildings are contributing structures of the Chickamauga Historic District as it was listed with the National Register of Historic Places in 2007. The district also includes a number of houses and other community landmarks.

One is the c. 1913 Daniel Ashley Jewell house found on a large lot on Cove Road just west of the historic commercial area. 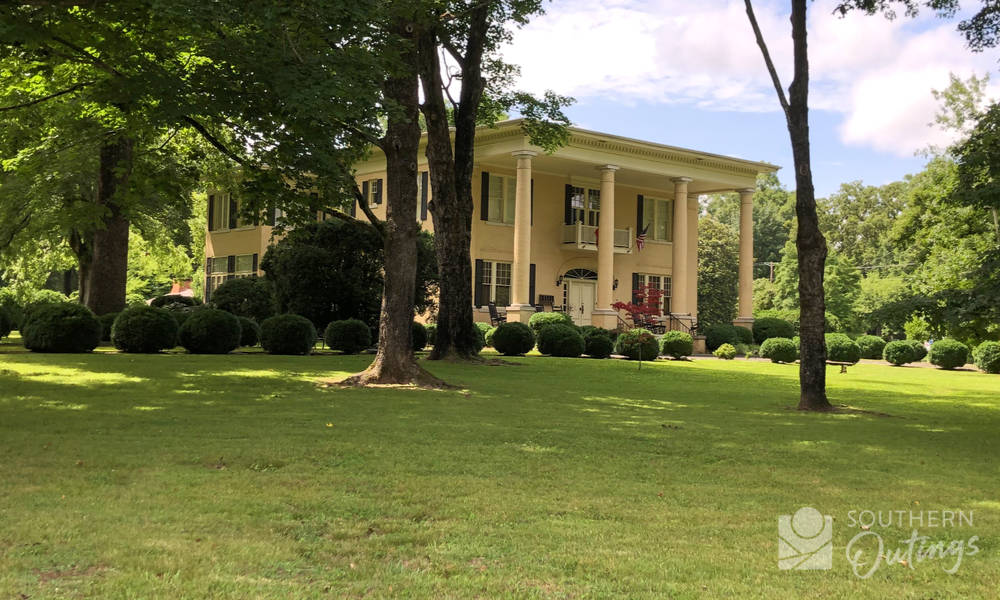 Sources for this article include related applications to the National Register of Historic Places, historic markers and cityofchickamauga.org.