Most of the mill town's downtown district was built in the 1910s and 1920s. Alabama City merged with Gadsden during the Great Depression, and a large percentage of the downtown area was accepted into the National Register of Historic Places in 2002.

In the Register application, there were 33 buildings considered to be contributing to it's historic significance. I believe two of them were torn down when the new CVS Pharmacy was built.

Two interesting old libraries are found in Alabama City. One is part of the Wall Street Historic District, and one is not.

The one that is not is the Howard Gardner Nichols Memorial Library (c. 1902). It sits in a residential neighborhood at 1 Cabot Avenue. The neighborhood is known as Dwight Mill Village. The c. 1902 library was listed individually with the National Register of Historic Places in 1974.

The other library (c. 1938) is on the corner of Wall Street and Alabama Hwy 431, which is also known as Meighan Blvd. within Gadsden.

The Nichols family moved from Massachusetts to Alabama City to start the Dwight Manufacturing textile mill that quickly became the main employer in Alabama City. The library was built to serve the growing mill community. 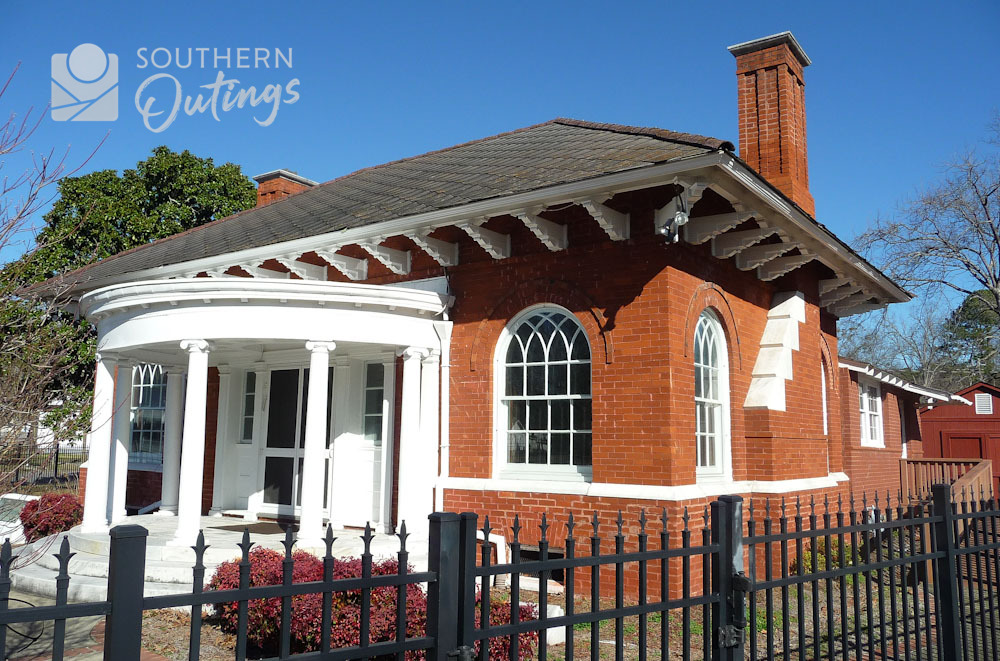 The Nichols Library was restored by the Northeast Alabama Genealogical Society in 1973.

You’ll find it if you turn between the Shell convenience store and Advance Auto Parts and follow the signs.

The c. 1938 library sits next door to the old Alabama City Fire Department (c. 1936). These buildings were built only a couple of years apart, but they are very different architecturally. There is a two-sided historical marker found in front of the old fire station that provides a good explanation of the town's founding. 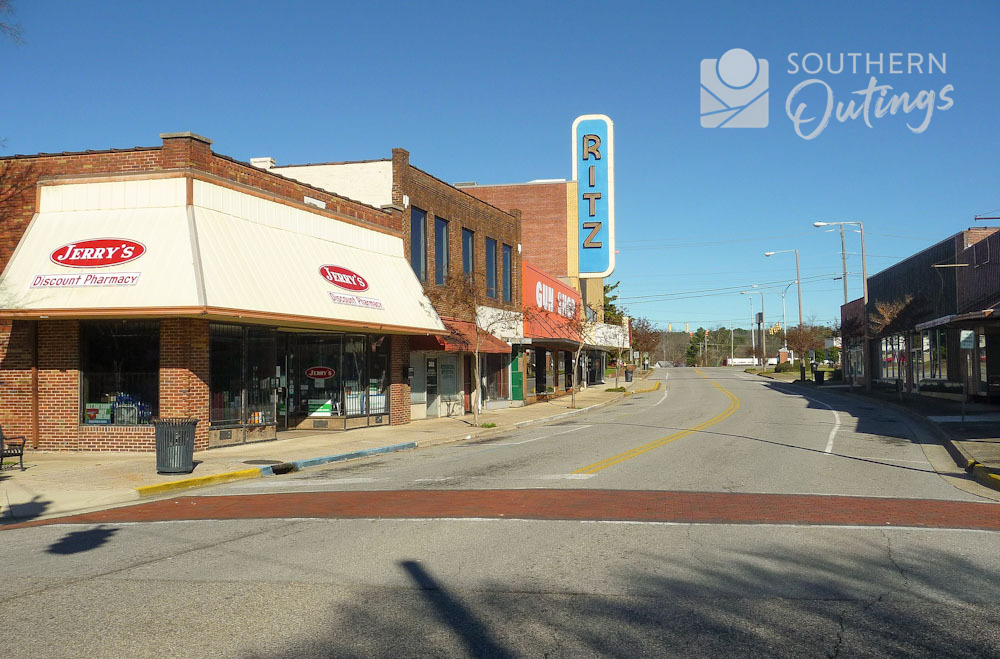 A pair of churches were included in my latest visit. The Church of Christ (c. 1948) is just a block from Wall Street behind the green building on the corner of Samson Avenue. The current sanctuary of the United Methodist Church was built in 1948, and it is found on Samson two blocks west of Wall Street.

A walking tour of Wall Street, the c. 1938 library and fire department is easy to accomplish. When I took the pictures for this article, I parked at the tiny Reagan Park between the library and the new CVS Pharmacy. I took in the c. 1938 library and former fire station before walking south on Wall Street. I walked east and west on Samson to the front of each of the aforementioned churches before walking back to the park. The entire walk was less than a mile.

The Nichols Memorial Library is 0.3 mile from the Reagan Park but I didn't walk to it from there. I drove to the parking area at the rear entrance of the shopping center.

The Alabama City Wall Street Historic District and the Nichols Library are easy to miss, and thousands of drivers pass it by on Hwy. 431 each day without being aware of what they're missing. But if you're a historic place fan, you'll want to check them out when you're in the area.

Research sources for this article include some historical markers and the following:

The Etowah County Tourism Board site at greatergadsden.com

The Gadsden Downtown Historic District application to the National Register of Historic Places found at www.nps.gov/subjects/nationalregister