When I first decided to check out the Oneonta downtown for this site, I went on a quick virtual visit using the Google map street view tool. As a result, I thought there wasn’t too much more than covered bridges to see in the county seat of Blount County.

When I visited in person from a historic-places point of view, I found out that some of the more interesting parts of the downtown were a block away from what I had spied on from space on the Google map. And, I also found out that “interesting” is an understatement.

I have lived in only five different places since the early 1960s, and all five are only a little over an hour away from Oneonta. Nevertheless, I can count on one hand the number of times I have visited the city.

It wasn’t that I didn't ant to visit. It just wasn’t on the way to anywhere I needed to be very often. I had always thought it’s main commercial street was along the busy Alabama Hwy. 75, which cuts through the heart of the city. But now I know differently.

On a warm July Thursday morning I set out primarily to visit the three covered bridges of Blount County, all of which are within 10 miles of Oneonta. I planned to swing by to confirm my pre-conceived notion about the downtown, see the bridges, and then return to enjoy lunch in the city after visiting the bridges.

As I arrived from the east, I was very excited to discover 1st Avenue, home of the city’s primary historic commercial district — two and a half long blocks of mostly small early 20th-century buildings — full of wonderful sights and swarming with activity. A large number of people were out to enjoy the restaurants, retail stores and salons, so you’ll see a lot of automobiles in the galleries below.

Change of plans! I spent so much time in the downtown taking pictures that I ended up having lunch before visiting two of the bridges.

From 1st Street, it’s uphill to the Blount County Courthouse on 2nd Street which is that same busy Hwy. 75 that I mentioned above. On foot, I found it to be much more visually appealing than it was those few times that I was speeding by in a car. Here’s a few photos from 2nd Street.

The historic downtown commercial area is not yet a registered place, neither nationally or in regard to the Alabama Register of Landmarks and Heritage. Nor are any of the nicely-preserved individual buildings.

But, those three covered bridges are each listed with the National Register of Historic Places. See my article featuring the bridges — Small, large and extra large: Blount County’s covered bridges. 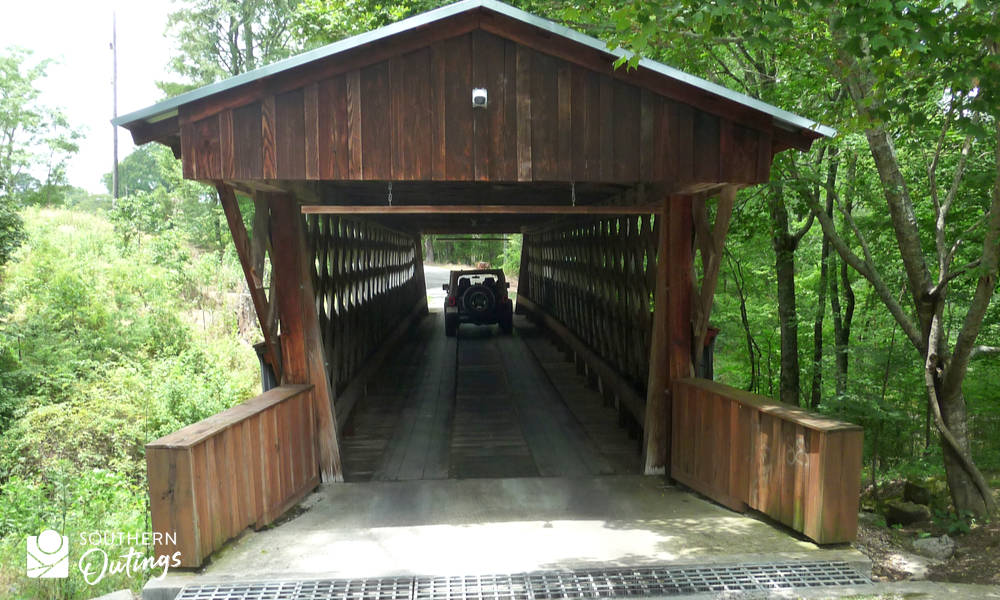 Other sights in the downtown area

Here are a few more of the structures that I saw as I was spending time in downtown Oneonta. These are just outside of the 1st and 2nd Street area: