This article features 22 recent photos and is the second in a series featuring the historic places of Rome, Georgia. See the Part 1 article, Historic downtown Rome: A fine Southern destination.

The following nationally-registered historic places are featured below:

Chieftains and the Dr. Robert  Battey House are early to mid 19th-century structures that were each built by historically significant men. The three districts are primarily residential neighborhoods each featuring a mixture of striking two-story 1880s houses along with a large number of mostly smaller 1910s to 1930s houses.

Serving as a Cherokee culture museum since 1971, this house started out in 1792 as a hand-hewn log cabin. It was converted to a large two-story white house in 1837. It was remodeled in 1863 and again in 1923. Listed with the National Register in 1971, it’s also a National Historic Landmark and a Trail of Tears National Historic Trail site.

Major Ridge was one of the signers of the Treaty of New Echota of 1835, which resulted in the forced relocation of the Cherokee people.

On a hill above the banks of the Oostanaula River, there are some other things of interest on the property including the Major Ridge Demonstration Garden, and a ferry dock replica. The Ridge family oversaw a trading post and large farm along with a ferry that crossed the river near the site. 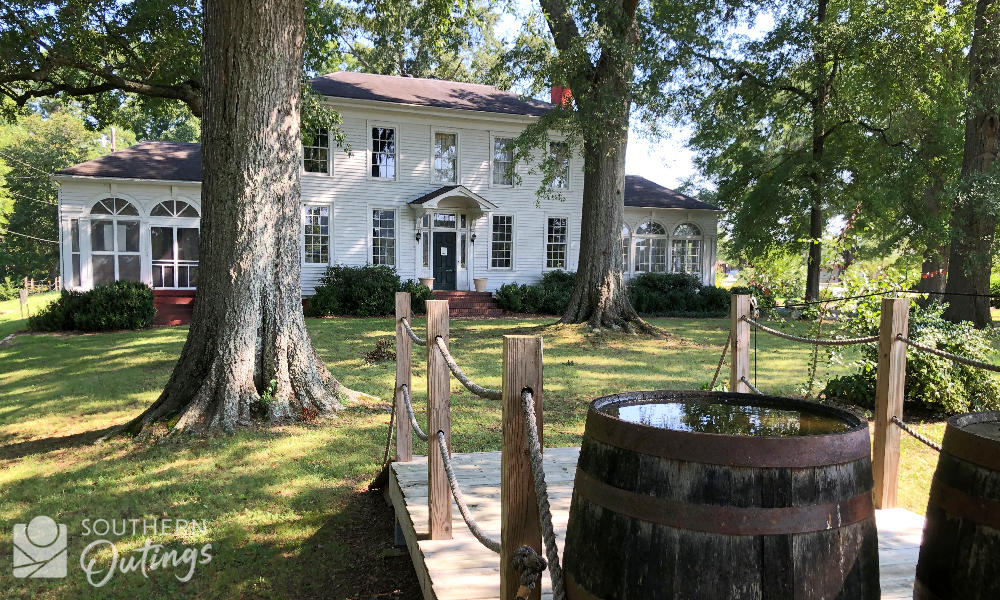 Location: 501 Riverside Parkway; Rome, GA
Parking: There is a gravel parking lot at the front of the property right off the parkway.
Admission: $5 for adults, $3 for seniors and $2 for students
Hours of operation: 10 a.m. to 5 p.m., Wednesday through Saturday (hours were altered during the pandemic)
Owner: Junior Service League of Rome, Inc.
Operated by: Friends of Chieftains, Inc.
Website: chieftainsmuseum.org

FUN FACT: Ridge started using the name “Major” after General Andrew Jackson honored him with that rank following the 1814 Battle of Horseshoe Bend.

Featuring houses built between the 1880s and the 1920s, the Upper Avenue A Historic District appears almost exactly as it would have appeared 100 years ago. The older houses were part of the village of DeSoto which was annexed by Rome in 1885.

It’s on the west bank of the Oostanaula and only about six blocks from the historic downtown. A good number of the houses are large, two-story structures with some noticeable late-Victorian styling.

Here are some of the visual highlights:

The Upper Avenue A Historic District was listed with the National Register of Historic Places in 1983. Traffic is very light in the district and there are sidewalks throughout, so a sidewalk or bicycle tour is safe and easy.

Across the Etowah River from downtown, the East Rome Historic District features a few of the grandest houses in the city along with a large number of plain craftsman- and bungalow-style small houses. The large Rome-Floyd County YMCA is in the center of the district but is not a contributing structure in regard to the National Register listing.

A good area for a sidewalk tour, the district’s boundaries represent what was incorporated in 1883 as the Town of East Rome. That town was annexed by Rome in 1906.

Most people would consider the 7,100 sq. ft. c. 1882 house built for the Colonel Hamilton Yancey family at the corner of East 2nd Avenue and East 10th Street to be the most interesting house in the East Rome Historic District:

The elaborate Victorian house features what is known as the Second Empire style. It was operated as a bed and breakfast called The Claremont House for many years.

Fans of the Netflix series, Stranger Things, will recognize the house from Season 4 (2022). In the TV show, Victor Creel, in 1959, moved his family into the house in the fictional city of Hawkins, Indiana. Fans of the show now know that Victor’s son, Henry Creel, was #001 and also the humanoid monster Vecna, and that the Upside Down version of Colonel Yancey’s 140-year-old house is Vecna’s headquarters.

Filming took place at the house in Summer 2021. After the Stranger Things cast and crew left, the dark blue house was painted dark gray.

The large house next door is also quite striking. It appears to be from the 1910s to 1930s era. It’s the first photo in the gallery below.

At one time, a railroad depot was located in the district but it no longer stands. It burned down in the late 1960s.

This property is within the boundaries of the East Rome Historic District at the corner of East 2nd Avenue and East 8th Street S.W. Built in 1851 and moved to its current location in 1974 to avoid demolition, this large cottage was individually listed with the National Registry of Historic Places in 1977. See the National Register application: https://catalog.archives.gov/id/93207974.

Dr. Battey was a pioneer in the field of gynecology and was the first physician to perform oophorectomies. 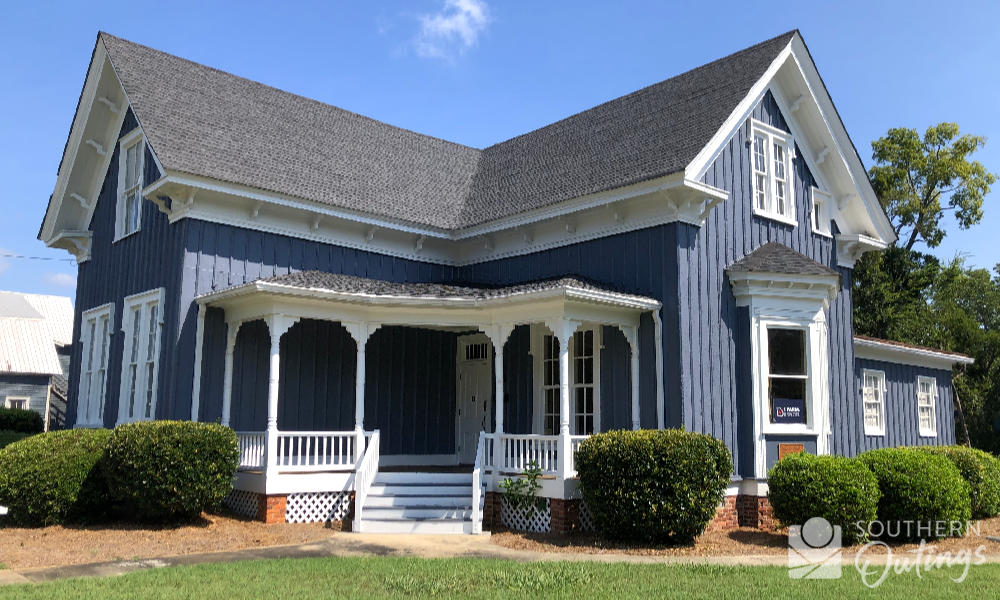 The house is currently used as a Farm Bureau office. Map.

As you cross the small old bridge that spans the Etowah River on the east end of Broad Street, you will be less than two blocks from this district. Located directly south of the historic Myrtle Hill Cemetery, the South Broad Street Historic District also features a few very interesting large two-story houses that were built in the 1880s to 1910s ranges and several plain craftsman- and bungalow style one-story houses.

As is the case with the Upper Avenue A and East Rome historic districts shown above, it was also formerly part of a separate town that was annexed into Rome.

See the South Broadway Historic District application to the National Register at https://catalog.archives.gov/id/93208011.