South Pittsburg, Tennessee, is home to both the National Cornbread Festival and the Lodge Cast Iron corporate headquarters. A large percentage of the cornbread I have eaten in the last couple of decades was baked in Lodge Cast Iron skillets. Just saying.

It also has two or three fireworks factories.

After my recent historic siteseeking visit to the city, I’ll remember it for something other than cornbread, cast iron skillets and fireworks factories. It’s home to an outstanding collection of historic structures, a few of which are registered with the National Register of Historic Place.

First, the c. 1887 First National Bank of South Pittsburg now serves as city hall. It was individually listed in the National Register of Historic Places in 1991. 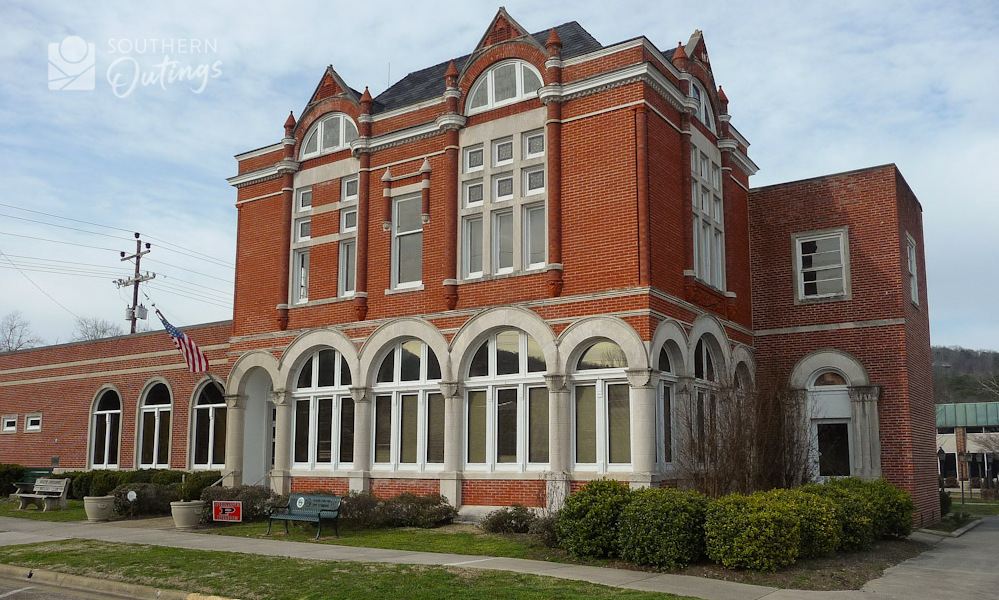 Second, located on 3rd Street, Christ Episcopal Church and Parish House was individually listed in the National Register of Historic Places in 1977. 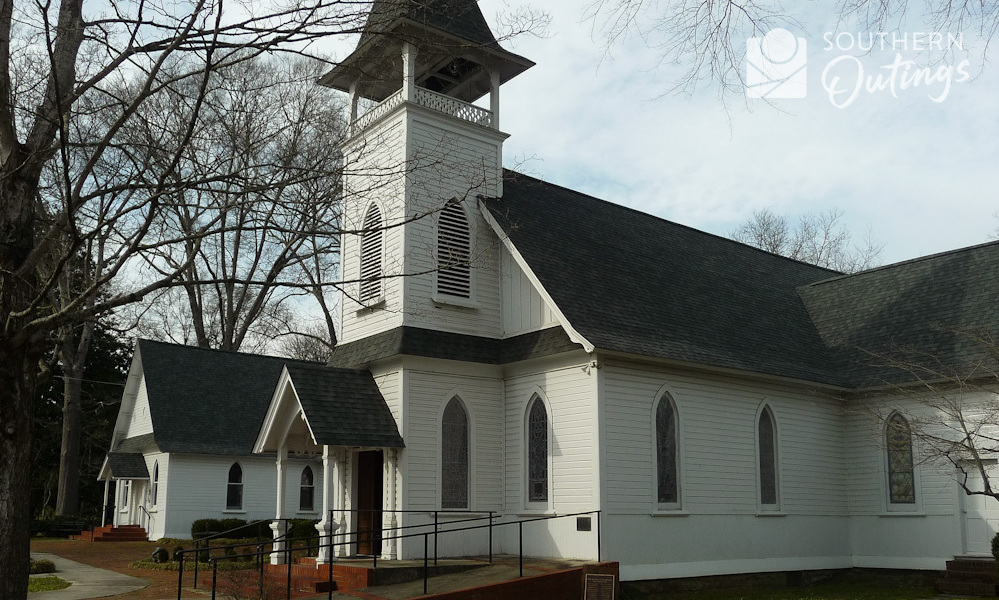 The Mason Lodge (right) on Elm Avenue appears to be from the 1880s to 1910s range, but I haven’t found information for it anywhere. Secret society, indeed.

Other sites in South Pittsburg that are listed with the National Register of Historic Places include the following:

Registered with the National Register in 1990, the South Pittsburg Historic District contains mostly homes from the 1890s to 1920s range along with the Episcopal church shown above, plus four other old churches, the 1930s post office, and more. Most of the contributing places are one-story residential bungalows and Victorian-style cottages, but I would consider some larger homes, and a few of those other buildings, visual historic highlights.

Here's a gallery of some of the sights within that district:

The historic downtown commercial district is not listed, but it should be. Perhaps its application to the National Register is in the works. It contains several interesting 1890s to 1920s buildings, and the majority of the storefronts are currently occupied by small businesses like boutiques, salons, pawn shops, insurance agencies and antique stores.

Cedar Avenue is the main commercial street, and it’s a busy thoroughfare even though there is a four-lane bypass only five blocks to the east.

A Chattanooga-area Southern outing, I believe South Pittsburg is an excellent place for a weekend getaway, especially if you are a historic places enthusiast, or you would like to shop at the Lodge Factory Store.

It would be a good idea to combine it with a visit to nearby Bridgeport historic places, or a leisure drive through the Sequatchie Valley to the north. For antique seekers, perhaps it would be a great city to visit on a Tennessee River Valley antique-hunting trip that might also include downtown Bridgeport, historic Stevenson and downtown Scottsboro.

Getting there is easy. It’s only about two miles from South Pittsburg to I-24, which is the main route between Nashville and Chattanooga. The four-lane U.S. Highway 72 runs through the east side of the city.

My sources and inspiration for this article include: