Hundreds of thousands of people travel through Attalla each week on Hwy. 431 and I-59. I would venture to say that only a small percentage of them realize what an interesting downtown historic district is found there.

The Attalla city limits shares a good bit of its eastern border with Gadsden which has two historic downtowns of its own. See my articles:

Like most historic downtowns I have encountered since learning more about them became one of my favorite pastimes, the size and scope of Attalla’s district caught me by surprise. It’s a much grander experience on foot from its sidewalks than from the Google maps street view or in a car.

It was accepted into the National Register of Historic Places at the end of 2013. Thirty one of its buildings and structures were considered contributing resources. Attalla’s U.S. Post Office (c. 1931) was already in the register, having been admitted in 1983. 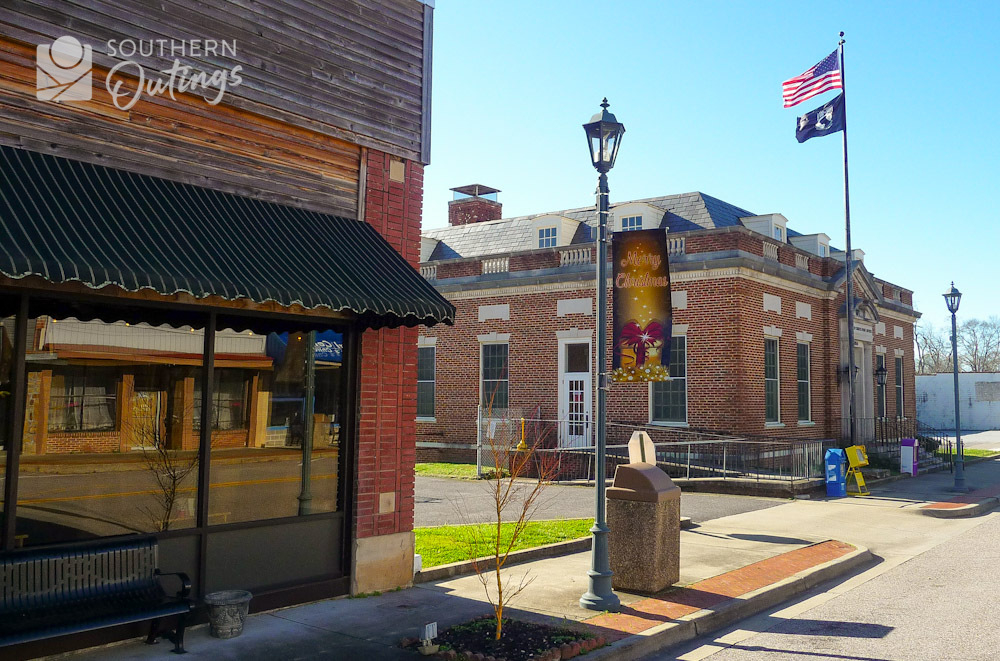 Most of the district is along 5th Avenue and 4th Street. I believe it’s safe to say that the historic portions of these two streets come together to form a T.

Walker’s Drug Store Building (c. 1916) is at the corner of the T. Most of the other historical highlights are found along 5th Avenue.

Other 100 to 130 year old places in Attalla
There are several historic homes, a couple of churches and some other commercial buildings in the same area as the historic district.

The c. 1915 bank building at 301 5th Avenue stands out with its columns, fancy main entrance and light gray brick.

The old opera house had been gutted at the time of my last visit, and it looks like they may be in the process of reconstructing, or demolishing, it.

What to do in the Attalla historic downtown
Shopping for antiques is obviously the dominant commercial activity in the district as seven or eight antique shops are found scattered about 5th Avenue and 4th Street. There are also a pair of hair salons, and a pair of florists.

As of September 2021, there are no restaurants or pubs in the district.

See also, Where to enjoy some waterside fun on your next trip to Gadsden.