Just north of Fort Payne, both Valley Head and Mentone have some nice old places that historic-sight seekers would enjoy. Some of the oldest and best-preserved structures in the DeKalb County area can be found there.

Like Fort Payne, Valley Head rests in Little Wills Valley between Lookout Mountain and Little Ridge near the northeast corner of Alabama. Its tiny downtown — barely more than one block square — is nostalgically charming in its picturesque setting. The commercial buildings appear to be from the 1910 to 1930 range.

Valley Head has one property listed with the National Register of Historic Places. The c. 1838 Winston Place was the home built by William Overton Winston, the man who is responsible for establishing the railroad that connects Gadsden to Chattanooga. 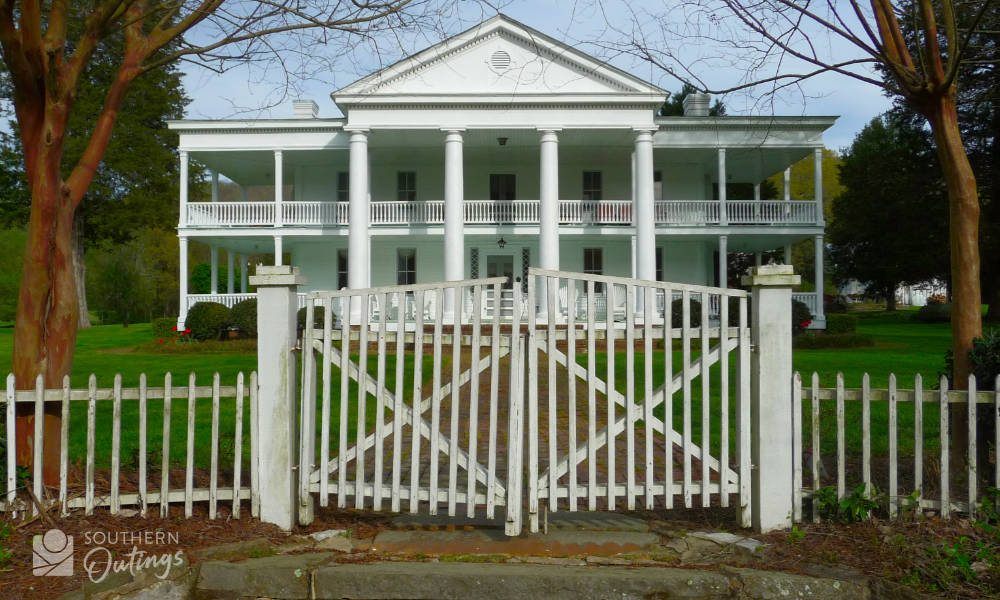 The original 1838 pioneer home was remodeled in the 1880s-90s, gaining its Colonial Revival appearance at that time. Rear additions were built between 1900 and 1920.

Winston Place is currently operated as a bed and breakfast. Visit their website at www.winstonplacebnb.com.

A historical marker at the south corner of the front yard tells about the black Spanish oak tree where Sequoyah taught his alphabet to other Cherokees.

About 1.5 miles away from downtown Valley Head by helicopter, you will find Mentone high above the valley at the crest of Lookout Mountain. It’s about 3 miles by car.

Around about the same era that the railroad through Valley Head was completed, a number of motels, camps and cabin getaways were established at Mentone. The demand had grown for mountain retreats where you could escape the summertime heat and visit the mineral springs.

It can typically be 8-to-12 degrees cooler in Valley Head and Mentone than in Birmingham in July, for example, and the new railroad made it easy to get there from lower parts of Alabama.

Tragically, the historic hotel burned down in 2014.

Dr. Gorham’s cottage has been known by locals as The Hanging Cottage, and I believe it currently appears almost exactly as it did 100 years ago.

FUN FACT: When Dr. Gorham’s cottage was built on the mountain’s rock ledge, many locals predicted it would not last. It would slide down the mountainside for sure. It’s still there, and people haven’t stopped building cabins and cottages directly on the edge of the Lookout Mountain brow. There are now dozens of “hanging cottages” between Mentone and the Desoto State Park area.

As much as ever, Mentone is still a mountain retreat destination. The unique town can be described as an alpine village or a summer camp mecca. There are dozens — maybe hundreds — of rental cabins where you can enjoy the lush forest or bluff views. DeSoto Falls, one of the top tourist attractions in north Alabama, is nearby.

Other historic places of Mentone

Please check out my posts featuring other nearby places of interest:

Collinsville: The small town with the big vintage vibe