When I visited the small downtown in Ashville, Alabama, for the first time as a historic-places sightseeker, I found several amazing 19th-century structures all within a short walk of its striking white-washed courthouse.

As is the case in many of the downtowns I have visited since launching this site, I was pleasantly surprised by the scope of what I observed in a short amount of time. It was certainly more than I expected in a town as small as Ashville.

With 20 photos, this page features some visual highlights that I captured during my sidewalk tour of the courthouse square and the surrounding blocks.

The county seat of St. Clair County, Ashville has seven old houses that are individually listed with the National Register of Historic Places. I found two of them very near to the courthouse square, and I believe one of them has been demolished. The remainder of them didn't fit into my plan to enjoy it all on foot.

In addition, the multi-property Ashville Historic District was listed nationally in 2005. It consists of the courthouse, the commercial buildings that surround the courthouse, three churches, a library, a large number of houses including a couple of epic c. 1890 Queen Anne style beauties, a cemetery, a rock, and a few other structures.

Originally built in 1844, I believe the handsome white courthouse was St. Clair County’s first permanent courthouse. A log building was built in Ashville to temporarily house the court in 1822. Apparently, the 1844 building gained an addition in 1936 and another in 1950. 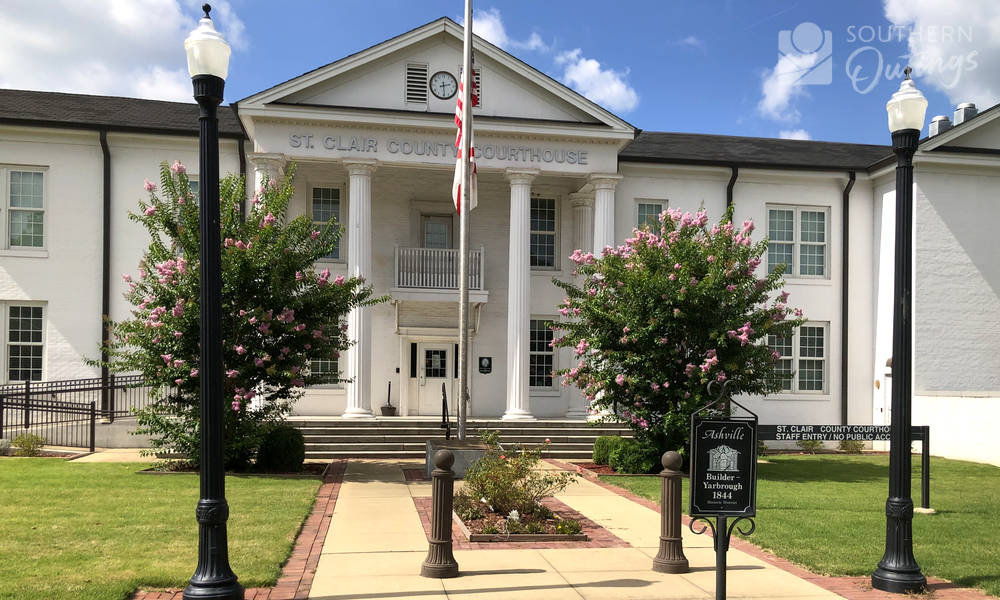 Most of the buildings that you’ll see on the square today were built in the 1920s. One exception, the c. 1825 Alemeth-Byers House — originally a hotel — is found on Court Street Square West.

Facing the front of the courthouse, shady 5th Street South is home to some grand old houses including two that were built between 168 and 185 years ago.

The first one you come to is the c. 1852 Inzer House. It was listed with the National Register of Historic Places in 1973. Its six chimneys and large front portico are hard to miss. They seem unconventional for a one-story historic house, although it is an unusually tall one-story, and it has a basement. Some of the original outside buildings, including the detached kitchen, are still found in the back yard.

Just south of the Bothwell House sits the c. 1890 Judge Elisha Robinson House. Listed with the National Register in 1991, the Queen Anne-style house stands out due to its wraparound front porch and fancy balcony and gable trimwork. 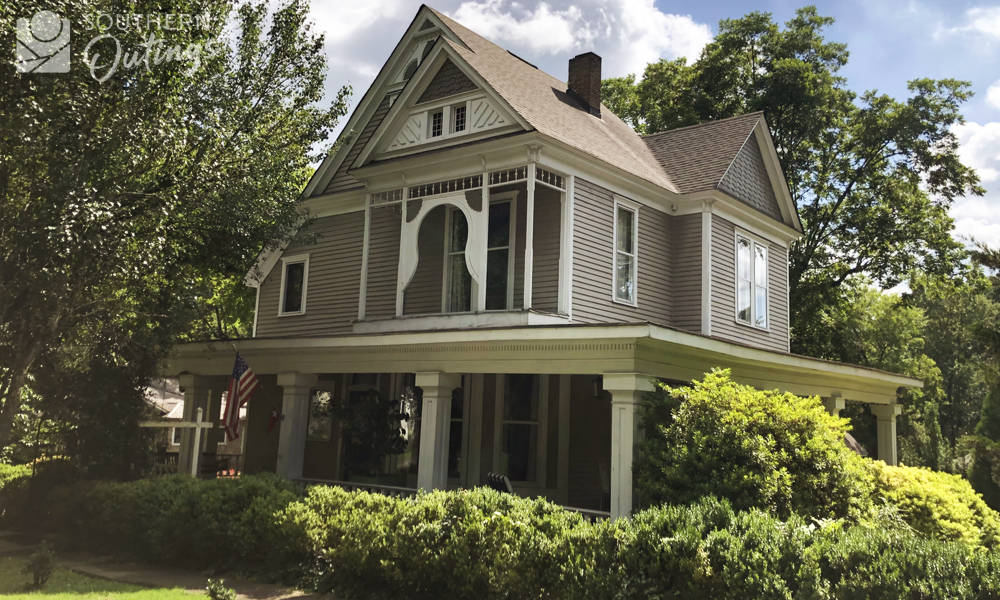 Another c. 1890 Queen Anne style with fancy balcony and gable trimwork, the Leroy Box House — along with the c. 1837 Byers-Prickett House — are found west of the courthouse. Some of the best streetscapes in downtown Ashville are possible at those two houses.

I visited one additional historic structure while I was in downtown Ashville. The c. 1858 Masonic Lodge was moved to 7th Avenue (the street sign at the corner of 5th Street South says “Museum Avenue”) in the park-like setting to the rear of the Inzer House. 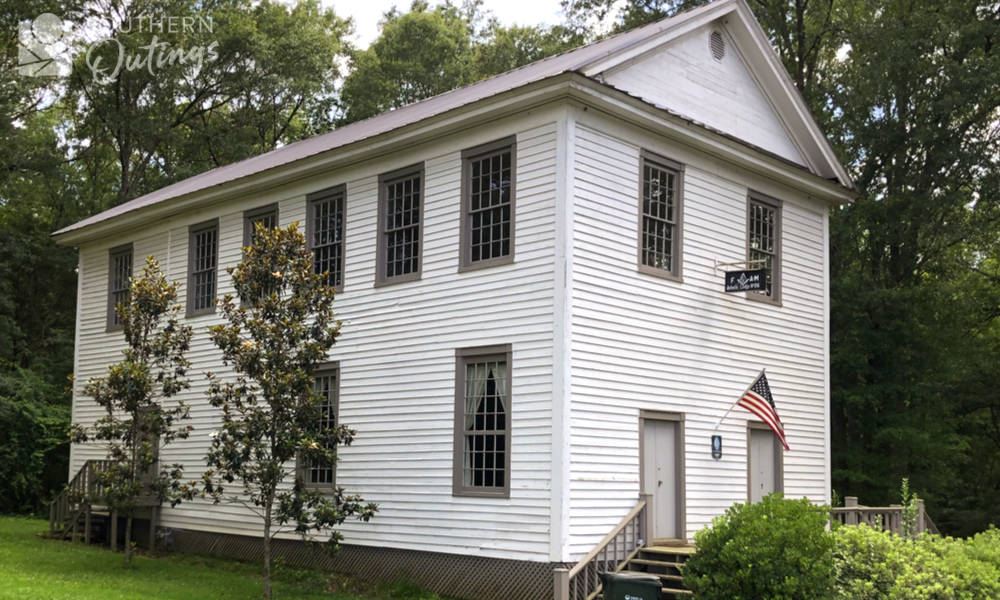 Two U.S. highways converge at the courthouse square, and I-59 is inside the city limits to the west, so traveling to downtown Ashville is simple from any city in the region.

Getting to downtown Ashville from the regions’s largest cities